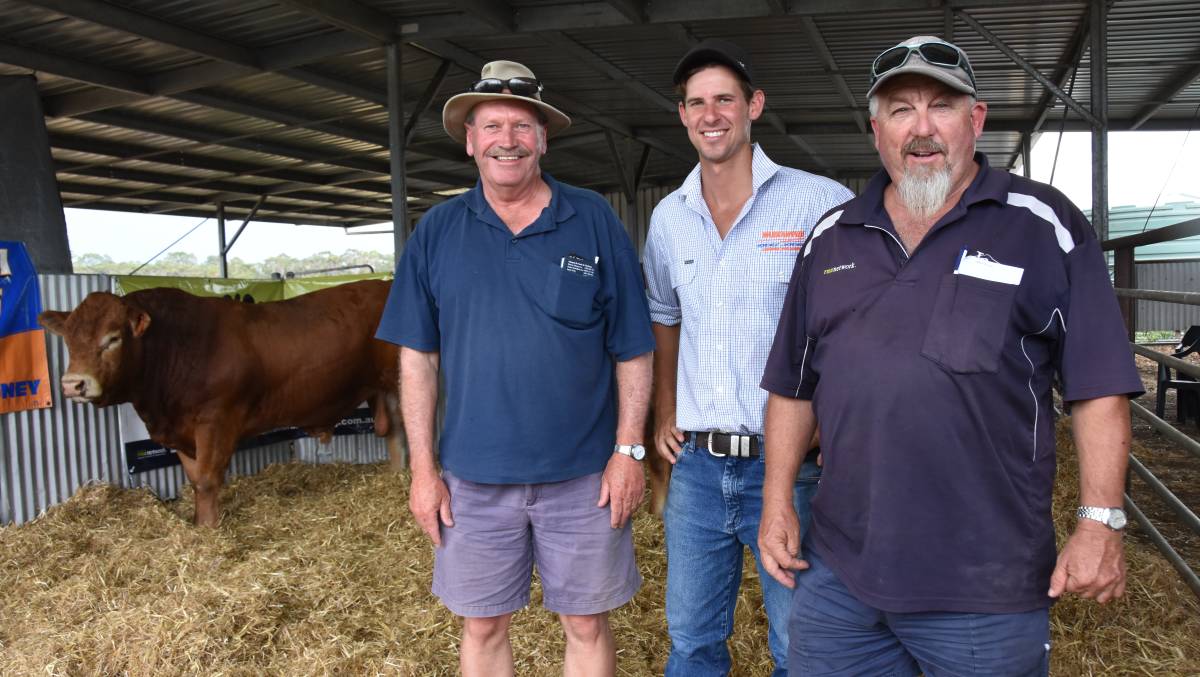 The Penola based sale topped the state’s Limousin on-property averages at $7078 for 20 of 23 sold.

Black coated cattle have topped many sales recently but this time it was the well-muscled, apricot coated ones, offered by the Galpin family, which buyers chased.

The March-2016-drop, Wulfs Xtractor son was packed with performance, including 2.1 for retail beef yield and an eye muscle area of +3.4 – both in the top five percent of the breed.

The Cootes, who also outlaid $10,000 for  Lot 4, Warrawindi Mortal Combat M54, have bought bulls from the Galpins for many years for their Angus-Hereford and Angus-Simmental herd.

They have been impressed by the weight for age of the progeny, averaging nearly 400 kilograms for their weaners sold in the first Naracoorte weaner sale for the year.

Local buyers were the strength of the sale, but the inclusion of spring calving females brought interest from NSW and SA studs.

The nine females were only being sold because they were calving out of season. Eight sold for a $5125 average.

Many of the three-in-one units were in-calf to the 2017 Sydney Royal Easter Show grand champion bull, Morrisvale Kept Secret, which is Warrawindi’s new stud sire.

It was bought by Tom Isedale and his mother Jenny, Iseco stud, Finley, NSW, for $8500.

“She is a total outcross for us and has good power, structural soundness- an all round good female,” Mr Isedale said.

They expect to put both in an ET program after they have calved.

“It was probably the sale we hoped we would have last year but it usually takes 12 months to flow through and even though cattle prices have dropped it is good to see people still lifted the level they were willing to pay,” he said.

“Their highest average ever shows the depth and quality of the bulls is continuing to improve,” he said.

“Limousin cattle are renowned for their shape and muscling but what distinguishes Warrawindi Limousins apart is their (docile) temperament.”

The sale was conducted by TDC and O’Connor and Graney with Matt Treglown and Ethan Bronca adding up the bids.

Warrawindi will offer three bulls and three females at the Limousin National Show & Sale in Wodonga in early May.