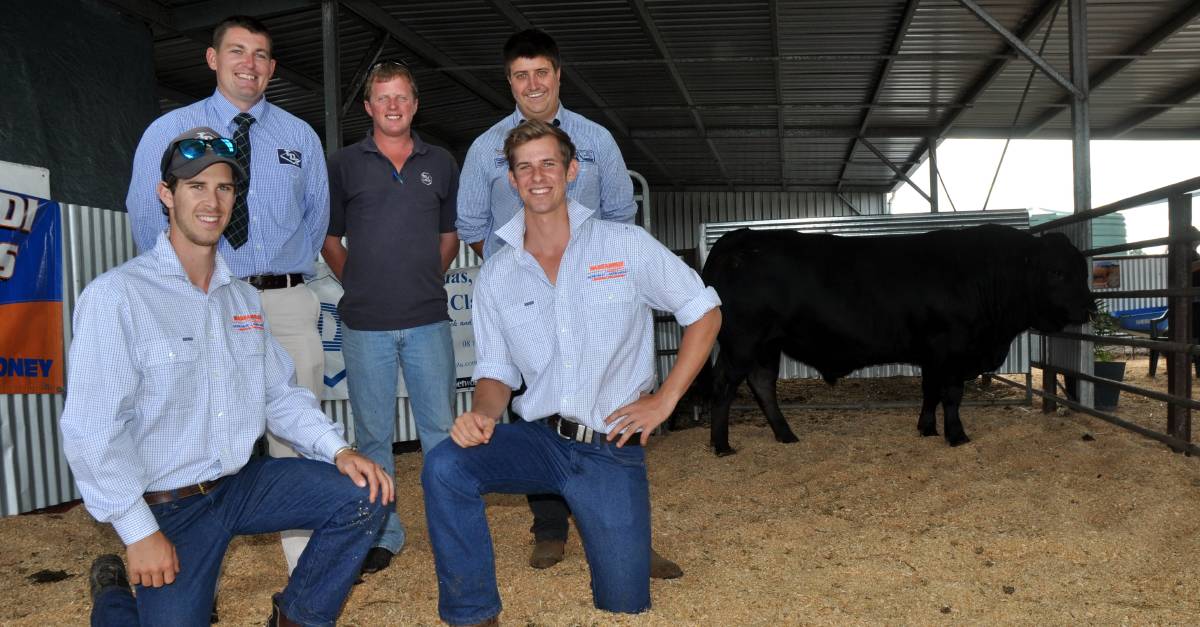 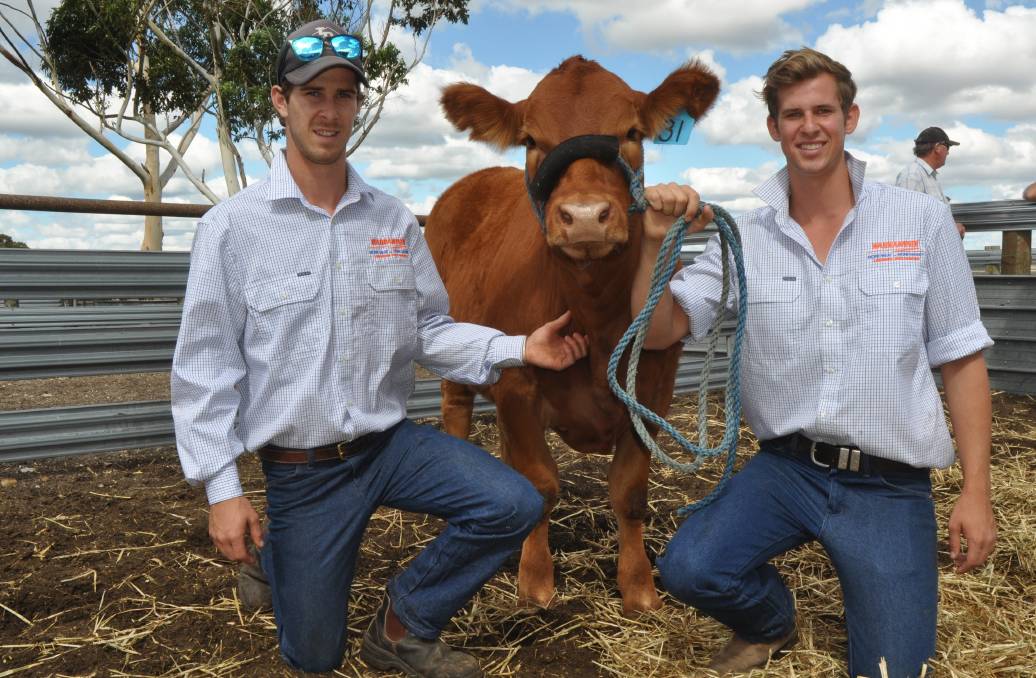 PENOLA-based Warrawindi Limousin stud posted a record $5688 average at its seventh annual sale on Thursday last week – a lift of $675 on 2015.

The only disappointment to the final sale for SA Limousin Week was the 70 per cent clearance, with 16 bulls sold through the ring.

For the second consecutive year, Garrison Cattle Feeders bought the sale-topping bull for their Lucindale property.

“It is a lovely structured bull with capacity and full of muscle,” Mr Manser said.

Kumar – Lot 9 – was sired by the 2013 top price bull Warrawindi Hollywood and was highly regarded by the Galpins, who have collected semen for use in their own herd.

The sale’s second highest price of $7000 was paid for Lot 1 – Warrawindi Jailbreak.

It had been used as the stud’s junior herd sire and had two drops of impressive calves on the ground.

The growthy, docile sire was also bought by Garrison.

An astute decision to offer a few more black Limousins paid dividends with a total clearance of the seven offered, averaging $5929.

The Thring family, Churinga Park, Coonawarra, was the sale’s multiple buyer, securing two bulls at $5000 and $4500.

As an added drawcard, Warrawindi offered six of its 12 best 2015-drop heifers. Three of these found new homes with SE studs, averaging $2917. The youngest of these, Warrawindi Lucky Charm, made the $3750 top to D&S Rothe, The Bull Run, Marcollat, through Southern Australian Livestock, Naracoorte.

The nine-month-old homozygous poll female was a daughter of Shalone Nobel Prize F124.

“We need to be getting up about $6000 to make it worthwhile so we are near the mark,” he said.

“It is definitely the best line-up of bulls we have offered and the pleasing thing is every bull sold will go out and make our clients’ money.”

He would follow closely the heifers in their new studs and was not disappointed three of the top quality heifers would remain in the Warrawindi herd.